Rufus Du Sol comes to Hollywood Bowl on Sunday 9th, October 2022 for an electrifying performance as part of their upcoming North American Tour. The tour supports their latest album, Surrender. The Australian dance/electronic group began their North American trek on 14th May and will conclude on 23rd October in Miami, Florida. Fans are hugely anticipating the upcoming performances as they will get to witness their latest album for the first time live. Moreover, they will also play at notable musical festivals, including Boston Calling and the Forecastle Festival in Louisville. The tour will also move to Australia and New Zealand at later dates this year, but all their U.S fans are currently pretty excited. Be a part of this incredible experience of Rufus Du Sol live on 9th October 2022 at the infamous Hollywood Bowl. Get your tickets right now! 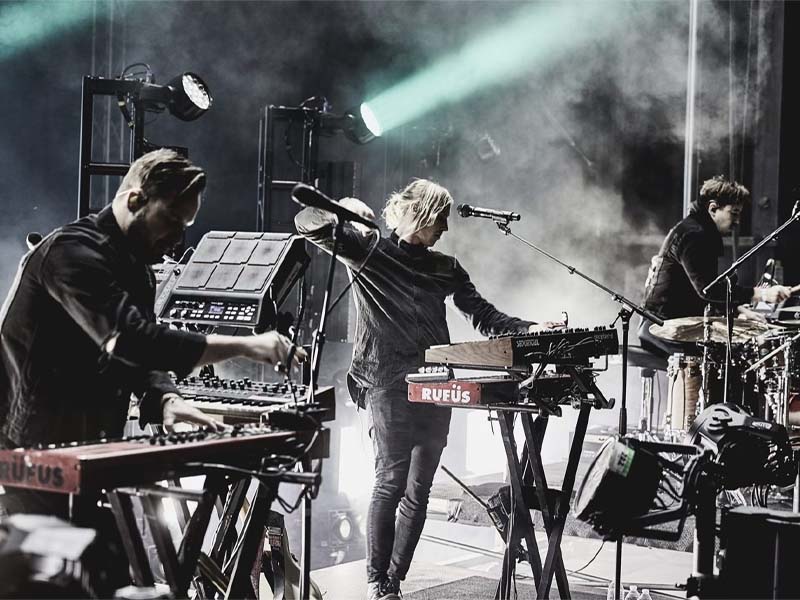 This year, summer will be great because the popular dance/electronic group Rufus Du Sol is set to perform on several dates in the U.S. The three-time Grammy-nominated group has had a wonderful year, celebrating it with their ‘surrender’ tour. Seven cities will witness some incredible live performances from the hit Australian group. The tour begins on 1st October in Chicago and makes notable appearances in NY, Washington and other destinations. The tour announcement came after they sold out their first headlining show at The Gorge Amphitheatre.
Surrender is Rufus Du Sol’s fourth studio album, and it has received critical acclaim from music critics and has become a super hit among fans. Surrender explores the sonic escapism, as fans dwell in passion while listening to the tracks. It has been streamed more than 106 million times, and the hit single “Alive” has been nominated for Best Dance/Electronic Recording at the Grammies. They recently played some mesmerizing performances at L.A’S Banc of California stadium, Jimmy Kimmel Live! And The Late Late Show with James Corden. They are looking forward to putting up another stellar performance at the Hollywood Bowl on 9th October. However, you will need to get your tickets ASAP!