Kenny Loggins & Jim Messina comes to Hollywood Bowl on Friday 15th July 2022 as part of a special reunion show. They will perform at the Hollywood Bowl for the first time in almost 50 years, and they have planned two consecutive shows on 15th and 16th July. The iconic pop duo calls it “Sittin’in 2022’ after their last performance nearly 50 years ago, celebrating their latest record back then. The fans are excited because the duo is getting together for the first time since 2018. Prior to that, they last performed in 2009. Sittin’In was Loggins & Messina’s debut album, released in 1971. It was one of the decade's most hit records, giving the duo widespread international recognition. Catch them live for a truly special occasion at the famous Hollywood Bowl on 15th July 2022. 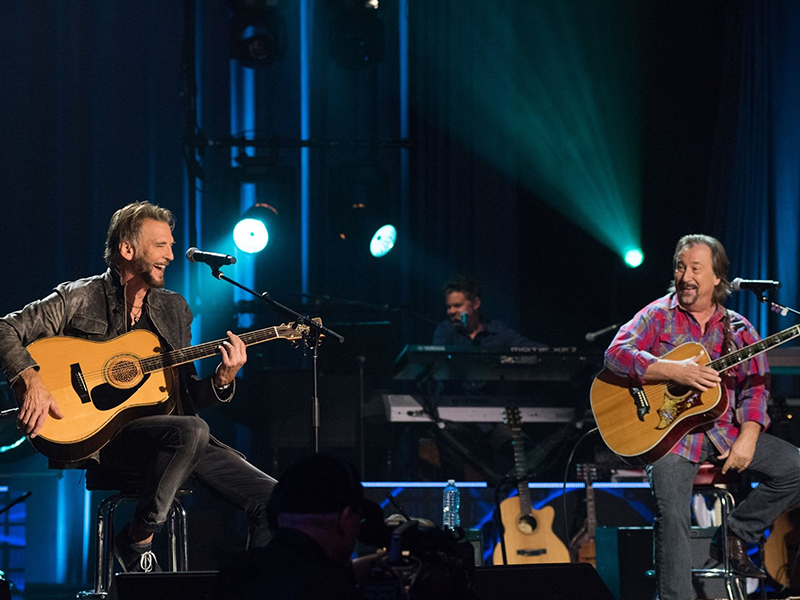 Loggins & Messina consists of Kenny Loggins and Jim Messina, who gained widespread success in the early and mid-1970s. The American rock-pop duo became renowned for incredible live performances and including a range of genres in their musical styles, such as rock, pop, country, folk and soft rock. The duo sold more than 16 million records globally and broke up in 1976. Since then, they have pursued their own careers and reunited briefly for certain occasions. Some of their biggest hits include “Danny’s Song”, “Your Mama Don’t Dance,” and “House at Pooh Corner.”
Loggins & Messina last played together in 2018 at a benefit concert. The reunion was greatly appreciated, and their fans loved their on-stage chemistry. Since they were such a popular duo back in the time, it was beautiful to see how they could still play music on the same page. A similar response is expected for their twin performance on 15th and 16th July at the Hollywood Bowl. They will perform their highly successful debut release, Sittin in, and have also named the event after it. If you’re a fan of Loggins & Messina, it will be a very special occasion to see them live once again. Get your tickets ASAP because they are likely to sell out very soon!